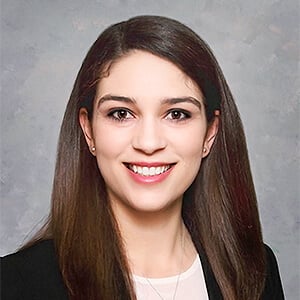 Dr. Neiman is a San Francisco native. It is with great joy that she returns to serve the community that raised her. She attended undergraduate at Washington University in St. Louis earning a double major in Biology and English Literature. She returned and worked in clinical research at UCSF and San Francisco General Hospital. She then moved to Milwaukee to attend medical school at the Medical College of Wisconsin. She completed her residency training in Obstetrics and Gynecology at Kern Medical, a county hospital, affiliated with the David Geffen School of Medicine of UCLA. She developed extensive experience managing high risk obstetrics patients. She received robotic surgery certification as well as extensive training in vaginal and laparoscopic surgery. During residency, she was awarded Resident of the Year for two consecutive years, and in her final year, she served as Administrative Chief Resident. Dr. Neiman’s interests outside of women’s health include yoga, skiing, travel, hiking and spending time with family and friends.

Dr. Neiman practices comprehensive obstetrics and gynecology with special interest in robotic and minimally invasive surgery. She is passionate about family planning and reproductive health as well as high-risk obstetrics care.

Residency
Kern Medical, Affiliate of the David Geffen School of Medicine of UCLA