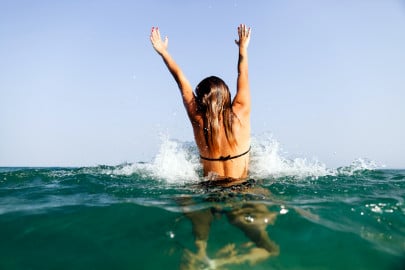 Are Urinary Tract Infections More Common During the Summer?

For most people, summertime is all about enjoying a barbecue, relaxing at the beach, or simply spending more time with friends and family. Unfortunately, sometimes all your fun summer plans are unexpectedly ruined by the sudden appearance of a urinary tract infection (UTI). While a UTI can happen at any time of year, there’s an increased chance of getting one during the summer months.

UTIs happen when bacteria enter the body via the urinary tract and settle in the bladder, where the bacteria multiply into a full-blown infection. This can cause a wide range of uncomfortable symptoms, including:

Although anyone can get a UTI, women are far more likely than men to get one, with some studies suggesting that the likelihood of getting a UTI is up to 30 times higher for women than it is for men. This is partially because women have shorter urethras than men do, which means there is a shorter distance for the bacteria to travel.

UTIs are also sometimes caused by certain sexual behaviors and habits. Not only are UTIs more likely among women who are sexually active, but they are also sometimes associated with certain types of birth control that women use, such as diaphragms and spermicidal agents.

Why Summer Increases the Chances of a UTI

There are several factors at play that can make it more likely for you to develop a UTI during the summer months, including:

How to Prevent a UTI This Summer

Just because summer is the busiest time of year for UTI-causing bacteria, that doesn’t mean you have to suffer. To avoid a dreaded UTI, try: