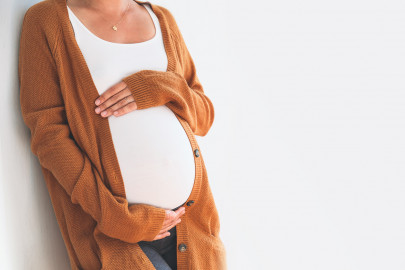 Are You at Risk for Gestational Diabetes?

Gestational diabetes is a type of diabetes—a condition characterized by a significant increase in blood sugar levels—that develops during pregnancy. The condition is fairly common, as placenta hormones that help a developing baby grow can restrict the flow of the mother’s insulin, which regulates blood sugar.

Gestational diabetes can be controlled with lifestyle changes and medicine, and it often dissipates after childbirth, as the insulin path is cleared and blood sugar levels return to normal.

However, if poorly controlled, gestational diabetes can present complications throughout the pregnancy and delivery, and for the newborn. It can also increase your likelihood of developing type 2 diabetes later in life.

Who Is Most At Risk for Gestational Diabetes?

While even the healthiest women can develop gestational diabetes during pregnancy, some are more at risk than others. Exact causes are hard to pin down, but you are at increased risk if you:

How Can I Prevent Gestational Diabetes?

Obviously, some of these factors can be altered and some cannot, but all women considering getting pregnant can take actions to lower the chance of developing gestational diabetes.

Take charge of the aspects you can most affect. Eat healthily and exercise often to lose excess weight before getting pregnant, and stay active during pregnancy. Of course, talk to your doctor early and often about any concerns you have.

Want to talk to a doctor about gestational diabetes and your risk levels? Book an appointment with Pacific Women’s OB/GYN Medical Group today.