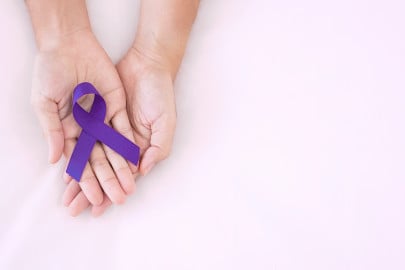 If you or a loved one has lost an infant during or after pregnancy, know that you are not alone. About 10% to 20% of pregnancies end in miscarriage, and thousands of women lose infants to stillbirth, sudden infant death syndrome (SIDS), and other complications every year. However, prevailing social stigmas have historically kept conversations about pregnancy and infant loss in the dark, leaving many people unaware of how common this is.

In response to this lack of recognition, the Reagan Administration declared October as Pregnancy and Infant Loss Awareness Month. Since 1988, significant strides have been made to include topics of pregnancy and infant loss in mainstream conversation, yet more work remains to be done. As members of the medical community, it is part of our responsibility to spread awareness about this often under-discussed topic.

Other types of pregnancy loss include:

Despite modern advances in medicine, about 22,335 infants die in the United States every year. Common causes of infant death have been linked to prenatal complications, congenital birth defects, maternal complications, and infectious disease. However, the biggest threat to infant life is known as sudden unexpected infant death (SUID), which is a catch-all term for common situations that result in the death of a seemingly healthy baby. Some of these circumstances include:

Babies are most vulnerable to SUID when they are between two and four months old. While there is no way to fully prevent SUID from occurring, there are precautions that can be taken, such as laying babies on their backs to sleep, using firm mattresses and fitted sheets, and keeping a smoke-free household.

The loss of a pregnancy or infant can be an intensely painful experience that is difficult to heal from. Support from family and friends is deeply important, however, it’s not uncommon for some people to feel like they can’t talk to their loved ones about what they’re going through, especially if their loved ones haven’t experienced the same kind of loss.

Luckily, there are online support groups that can help grieving parents with others and provide hope for healing. There are also many mental health professionals who are familiar with the complexities of pregnancy and infant loss who can be an extremely reliable and helpful resource for helping you understand your emotions and grief.